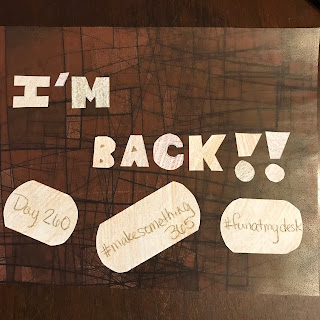 Yep! I'm back! September was rough. There was SO MUCH going on. I knew it was coming. I even thought I was mentally prepared, but I don't think anything could have prepared me for those last 10 days. Then the 10 days that came after were almost as exhausting because they were all catch up.

Then I started to feel normal again, but I was kind of enjoying the break from #makesomething365. Even the beginning of September had started to get tough, not because I was busy, but because I felt the creativity waning. I wasn't crazy about my theme, and some days it wasn't fun making myself do it. So when I finally thought about getting caught up, I decided to give myself the rest of the month. (I'll do another post about what got my motivated again.)

But now it's November 1, and I'm feeling better about starting up again. I work in two pretty awesome offices, both of which inspire creative thinking. So I thought maybe I could focus on making my daily project while sitting at one of my desks.

Which brought us to the prompt. I looked in my book for the first one I didn't write in what I had done. Day 260. 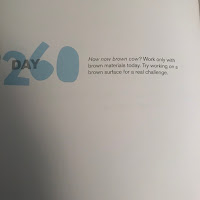 Turns out, though, I did a few past this in September, so the numbers won't be sequential for a few days, but that's alright. I'll fill in what I didn't do, then start in order again.

For this one I started with printing a brown background, then got out my trusty vintage box of crayons and started coloring swatches which I then drew block letters on. 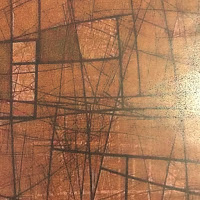 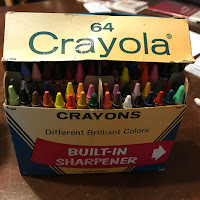 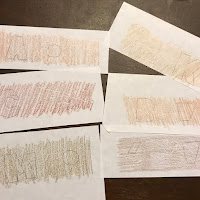 After I cut out the letters, I reached in my desk drawer for my glue stick, but it was dried up. Then I remembered the roll of double stick tape. A few minutes later I was done.