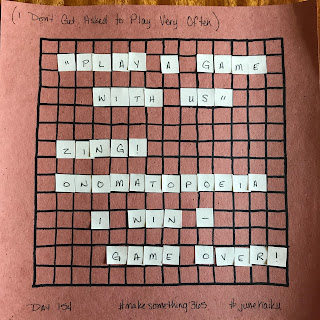 I may be having too much fun with this theme. The idea came right away. 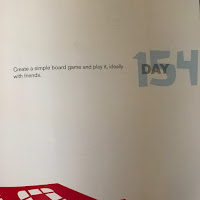 I probably over complicated things a bit, but most of it was done while having art time with my younger two at out kitchen table, so I dawdled a bit and had a little more fun. Drawing the grid for the "game board" was the first step. 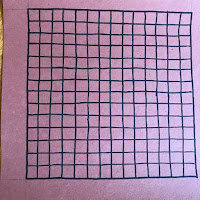 Then I wrote the haiku on the back. My original plan was just to write the letters on, but my daughter suggested making the pieces like in scrabble, so that became the next step. Then I had to borrow a glue stick from the kids and I was ready to finish today's project. 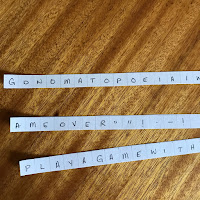