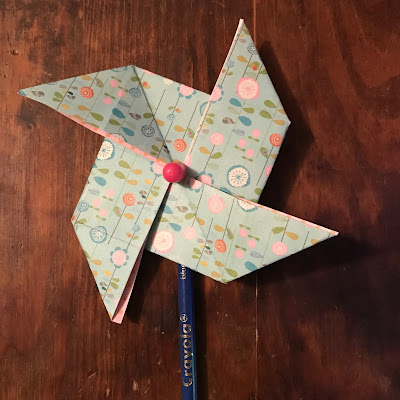 Today's prompt in the creativity journal already threw me off my game. I had a medium I decided to try to use for a while, and this told me not to use it! Ahhh!!! 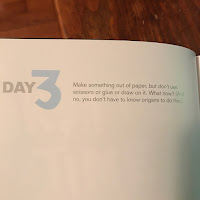 Don't draw on it? But that's what coloring is. What do I do? What do I do? You say I don't need to know origami. Ha. I'll show you. I'll make origami anyway. There are some fun websites dedicated to simple origami projects. I used one during #creativesprint when the prompt was make something inside a box. I made a "bigger on the inside" box, featuring a very small TARDIS (because I'm a big geek). This box measured just 2x2 inches. I went back to the same site (http://www.origami-instructions.com) to look for today's idea. 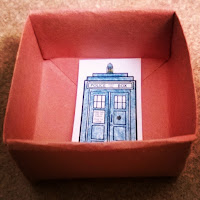 So I just had to figure out how to incorporate an origami design with something involving coloring. Enter me raiding my kids' craft drawers to come up with something. I pulled out my small scrapbook pad, a thumbtack, a colored pencil and an eraser topper. Maybe I'm just too easily amused, but I still had fun with this one! 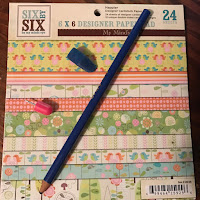